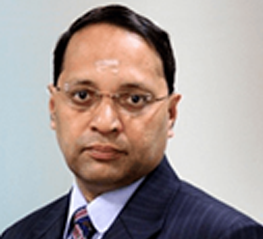 K.R. Sekar leads the Deloitte Private practice for Deloitte India. Sekar has a strong experience of advising companies throughout their business life cycle. His experience lies in working with clients in the high growth sectors and emerging markets on their business strategy and tax advisory.

In his previous role, Sekar led the Global Business Tax practice for Deloitte India. Over the last 30 years, Sekar has worked with a niche portfolio of clients on corporate and international taxation, inbound structuring, and controversy management. He is associated with many landmark litigation cases for global companies..

In addition to advising clients, Sekar is active in representing before the Government on various tax issues impacting industry through his positions in Chambers of Commerce. He is also a prolific writer, contributing regularly to tax journals and main line papers. He has authored many books including Transfer Pricing Law & Practice, Taxation of Merger, De- merger & Foreign Collaboration and Landmark Judgements of Supreme Court on Direct Tax Laws: An Analysis.

COVID 19 impact on economy: How India can lead the way

International Taxation in the Digital Era

Base Erosion and Profit Shifting (BEPS): The Global Taxation Agenda

Insights into Evolving Issues of Taxation: Existing and Continuing Challenges

Recognized as one of the leading tax advisers from India in the Guide to the World’s Leading Tax Advisers published by Legal Media Group, Euromoney.

Recognized as one of the leading tax controversy leaders by International Tax Review. 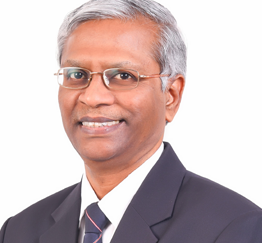 Dr. L. Ravindran, B.Com(Hons), PGDIM, Ph.D; CFP CM; with over 3 decades of work experience has employment spanning in Senior management roles in manufacturing and financial services companies of repute in India and abroad. In his career, he has donned diverse management roles in strategic sales and marketing, customer centric initiatives, compliance and management reporting, etc . Prior to his entrepreneurial role, he was employed with Zurich financial services group, 20th Century Finance Corporation Ltd, GE Alstom, etc to name a few.

In his current role as MD & CEO of Wealthmax Enterprises Management Private Limited, based in Bengaluru, he with his team spread over 6 cities of India over the last 17 years are involved in handling customers across the world in the businesses of financial services and energy management.

His company is the past winner of the Rajiv Gandhi National Quality Award and winner for few years of CNBC TV 18 best performing financial advisor.

He is an alumnus of St.Xaviers College, Calcutta and IIM Ahmedabad. His Doctorate (Ph.D) in Finance is on Management of Pension Funds in select sectors with analysis on Issues and Strategies.

He is a committee member of the IIM Ahmedabad Alumni Assn, Bangalore chapter and was a mentor at IIMA-CIIE Incubation center.

At BCIC, besides being a member for 16 years he has chaired the Start up and Economic Affairs committee and carried out important events with the help of his team members and represented to the Government in few strategic matters and also formulated the BCIC Emerging Stars Award.

He was also a Board member of MDRT (Million Dollar Round Table)-India and the FPSB (Financial Planning Standards Board) India.

He writes various columns in economics and finances in leading newspapers, bulletins, journals, etc and also participates as a lead speaker in various issues of importance.

He has travelled extensively around the world. He was short listed to be within the Top 1000 persons in the world and as one among 61 Indians out of 161000 applicants to be travelling to Mars when selected in the year 2013.

His hobbies include playing golf and wildlife photography.

More recently, he has self-published and co-authored a book titled 'ACBC- After Corona Before Corona' a topical subject of interest. The e-book is made available online in amazon.com and the paperback edition is made available since last week in Indian stores. 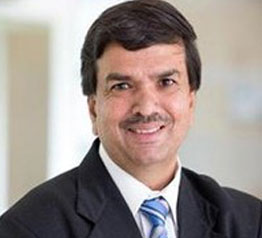 Overall work experience of over 30+ years.

Worked as a Manufacturing Engineer in Shippensburg, USA.

A strong believer and practitioner of Level 5 Leadership. 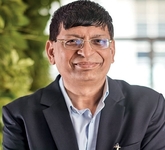 Over 33 years of experience in Manufacturing and Production Engineering, HR and Administration. Worked for TVS Brakes India and Toyota Motor Corporation, Japan (1999 – 2000)

Participated in the Global Science and Technology for Society Forum at Kyoto, Japan